New Delhi: The New Seven Wonders of the World were unveiled early on Sunday with several surprise entries like Brazil”s Statue of Christ Redeemer and Jordan”s Petra. The Taj Mahal and the Great Wall of China, however, retained their reputation as world wonders.

The Great Pyramids of Giza, the only surviving structures from the original seven wonders of the ancient world, were assured of retaining their status in addition to the new seven after indignant Egyptian officials said it was a disgrace they had to compete.

Neil Armstrong, the first man to set foot on the Moon, unveiled the first name in a charged atmosphere at Estadio da Luz in Lisbon minutes after midnight on Sunday. The name of the Taj Mahal was announced by Bipasha Basu and Ben Kingsley.

Other monuments which made it to the elite list included Machu Picchhu of Peru; Pyramid at Chichen Itza, Mexico and the Colosseum of Rome, Italy.

The New Seven Wonders were selected in a global poll, in which more than 100 million people participated.

"This is absolutely a global statement," said Ben Kingsley, who anchored the grand ceremony at the Portuguese capital of Lisbon along with Hollywood star Hillary Swank and Bollywood beauty Bipasha Basu. The event aptly conincided with the date 07.07.07.

People throughout the world voted by Internet or phone message for the world”s top architectural marvels, said New7Wonders, the nonprofit group conducting the balloting.

The Colosseum, the Great Wall, Machu Picchu, the Taj Mahal and Petra have been among the leaders since January. The Acropolis and the Statue of Christ Redeemer recently received a surge in votes. The United States” Statue of Liberty and Australia”s Sydney Opera House have been sitting near the bottom from the start.

The campaign was launched in 1999 by the Swiss adventurer Bernard Weber. Almost 200 nominations came in, and the list was narrowed to the 21 most-voted by the start of 2006. Organisers admit there was no foolproof way to prevent people from voting more than once for their favorite.

The UN Educational, Scientific and Cultural Organization, or UNESCO, keeps a list of World Heritage Sites, which now totals 851 places, but the agency was not involved in Weber”s project.

The traditional seven wonders were concentrated in the Mediterranean and Middle East. That list was derived from lists of marvels compiled by ancient Greek observers, the best known being Antipater of Sidon, a writer in the 2nd century BC.

The Hanging Gardens of Babylon, the Statue of Zeus at Olympia, the Temple of Artemis at Ephesus, the Mausoleum of Halicarnassus, the Colossus of Rhodes and the Pharos lighthouse off Alexandria have all vanished. 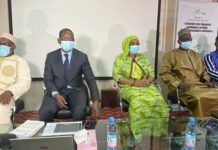 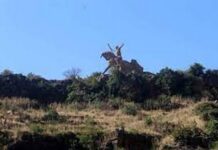 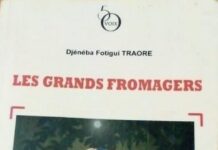