(CNN) — Calling President Bush "the murderer and spiller of Muslim blood," al Qaeda’s top deputy released a videotape Friday accusing the U.S. president of being a "deceitful charlatan" who has lied to the American people.

Ayman al-Zawahiri also blasts the Bush administration for holding Khalid Sheikh Mohammed, an alleged 9/11 conspirator, in a secret prison and alleging that Mohammed gave interrogators "valuable information which has helped the crusaders to kill and arrest a number of al Qaeda."

"I ask this lying failure, who are the leaders of al Qaeda whose killing or capture was facilitated by the information extracted from Khalid Sheikh Mohammed?" al-Zawahiri asks. "Khalid Sheikh Mohammed, may Allah free him, has hurt you thousands of times more than you have hurt him."

On another portion of the tape, which appears to have been recorded at a different time and location, the terror leader addresses recent controversial remarks by Pope Benedict XVI and the situation in Darfur, Sudan. (Watch al-Zawahiri rail against Bush and the pope — 1:33

Notably missing from al-Zawahiri’s remarks is any mention of al Qaeda leader Osama bin Laden, who has been the subject of unconfirmed reports that he is dead or ill.

The tape, which runs almost 18 minutes, was posted on the Internet with English subtitles.

On it, al-Zawahiri warns that al Qaeda will exact revenge for any harm to Mohammed and others in U.S. prisons. The mujahedeen "are a people who do not sleep under oppression and who do not abandon our revenge until our chests have been healed of those who have aggressed against us."

Mohammed, who al-Zawahiri described as "leader of a march, pioneer of an awakening and vanguard of a nation," was among 14 "high-value detainees" who transferred to Guantanamo Bay, Cuba, earlier this month to prepare for trials.

Al-Zawahiri goes on to say that the U.S. military casualties in Afghanistan and Iraq indicate that the mujahedeen is still strong, "attacking, seeking martyrdom, advancing and injuring you on a daily basis with Allah’s help."

"Can’t you be honest at least once in your life and admit that you are a deceitful liar who intentionally deceived your nation when you drove them to war in Iraq under the pretext of the presence of nuclear weapons there and under the pretext of al Qaeda’s connections with Saddam Hussein, following which evidence proved that you intentionally lied and misled?" al-Zawahiri asks.

Al-Zawahiri accuses the United States of waging war on Islam under the banner of the war on terror. He says Washington is using its allies in the Arabian Peninsula, Yemen, Egypt, Jordan, Iraq, Pakistan and Afghanistan to capture Muslims "whom you made to taste at your hands and the hands of your agents various types of punishment and torture."

In remarks directed again at Bush, al-Zawahiri warns, "And be aware, you deceitful charlatan, that you are not facing individuals or organizations, but rather are facing the Muslim nation in which the spirit of jihad flows and which refuses humiliation under Zionist/crusader arrogance."

A previous taped statement by al-Zawahiri came on September 10, the eve of the anniversary of the 9/11 attacks. In it he told the West, "Your leaders are hiding from you the true extent of the disaster."

Catholicism called a religion ‘made of myths’

The second portion of the tape addresses remarks by Pope Benedict XVI, who earned the ire of Muslims by quoting a 14th-century Byzantine emperor during a speech earlier this month in Germany.

"Show me just what Mohammed brought that was new, and there you will find things only evil and inhuman, such as his command to spread by the sword the faith he preached," the pontiff said, setting off a firestorm of criticism.

Benedict has expressed regret for offending Muslims and said the emperor’s words do not reflect his personal views, but he has not offered an apology.

On the tape, al-Zawahiri calls the leader of the Roman Catholic Church an "impostor" whose religion "is made of myths, like the Trinity, crucifixion, sacrifice and the original sin."

"This impostor, Benedict, reminds us of another impostor, his predecessor [Pope] Urban II from the 11th century in Clermont, France, who urged the people of Europe to kill the Muslims and launched the crusades," al-Zawahiri says.

Benedict, he says, "went beyond his way to defame us, [but] we will respond to his insult with kindness."

The Vatican said it had no comment on the tape. Benedict is at his summer residence in Castelgandolfo and is expected to make a public appearance Sunday. He is scheduled to return to the Vatican on October 3.

Al-Zawahiri also criticizes the United Nations for proposing to send peacekeepers into Darfur to quell the violence there. He calls the government in Khartoum, which has rejected the proposal but expressed interest in bolstering the African Union forces there, as "deceitful and hypocritical."

"Rise, O Muslim nation, to defend your land and your honors from the crusaders’ aggression who are now hiding behind the masks of the United Nations," al-Zawahiri says. "Nothing will protect you but a jihadi popular war that will be led by the mujahedeen."

Al-Zawahiri closes his message by cautioning Muslims to reject governments that do not accept sharia, or Islamic law, and others that cooperate with the United States, particularly in Afghanistan and Iraq. 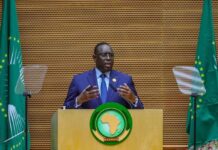 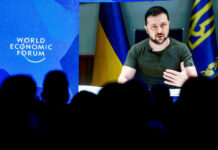