As the longest-serving Chinese ambassador to the United States, a role he filled from April 2013 to June 2021, Cui Tiankai, 70, has definitely been a policy influencer in China-US relations.

Speaking of Cui’s tenure in Washington DC, former US president Jimmy Carter said in a letter to him that he provided “calm, steadiness and sensibility during uncertain times”.

Andrew Mertha, director of China Studies at Johns Hopkins University’s School of Advanced International Studies, said that Cui “absolutely represents China’s interests, but he deeply understands US views as well.…(He) understands the political realities in both countries and is able to navigate them extremely well”.

In an exclusive interview with China Daily ahead of the 50th anniversary of the signing of the China-US joint communique－an important diplomatic document issued by China and the US on Feb 28, 1972, to work toward the normalization of their relations－Cui urged both countries to have better communication to “avoid misunderstanding, misperception, miscalculation, and certainly to avoid conflicts and confrontation”.

Cui underscored the importance of the Taiwan question in bilateral ties, saying it is “a matter of life and death” for China because the Taiwan question concerns its sovereignty and territorial integrity. There’s no room for compromise and concession for China, he added.

“The country will be reunified someday, of course, sooner better than later,” Cui said. “So I think American policymakers should have a better understanding of the importance and sensitivity of this Taiwan question.”

In the China-US joint communique, also known as the Shanghai Communique, the United States acknowledges that “all Chinese on either side of the Taiwan Straits maintain there is but one China and that Taiwan is a part of China”.

The Shanghai Communique, together with the Joint Communique on the Establishment of Diplomatic Relations and the joint communique on arms sales to Taiwan, constitutes the foundation of the development of China-US relations.

Cui expressed his concerns about the US administration saying one thing while doing another, commenting “they are removing the real substance from the one-China principle”.

Washington has been constantly playing the “Taiwan card” in recent years to contain China’s development by developing official exchanges with Taiwan and selling more and more advanced, sophisticated arms to the island.

The senior diplomat engaged with three US administrations in his time as ambassador and has watched as China-US relations have plunged to historical lows, marred by a trade war, escalating tensions, and a highly politicized pandemic. Cui said he saw a clear attempt to upgrade relations between US and Taiwan authorities, which is a clear violation of the US’ commitment to the one-China principle and the agreement between the two governments.

In 2018, former US president Donald Trump signed the Taiwan Travel Act into law, encouraging visits between the US and Taiwan at all levels. Another provocative move against China was a visit by a delegation of US Congress members to Taiwan by a military plane in November.

“They’re still telling us this is an unofficial relationship. I don’t know how people could be so hypocritical,” Cui said.

He stressed that one of the basic principles set out in the United Nations Charter is sovereign equality. If China’s sovereignty and territorial integrity is violated, it could set a very bad precedent for other countries, he said.

On the South China Sea issue, Cui warned that the US’ sending more and more warships and military planes into the region is a “very dangerous” move with a view to escalating the tensions.

None of the countries in the region have any intention to become involved in direct conflict, he said. “We want to solve the issue through negotiations. But now the problem is that the United States, (and) maybe also a couple of other countries, is trying to intervene, although they have no territorial claims in the region,” he added.

Cui urged the US to refrain from intervening in the South China Sea issue, saying if there’s no outside interference, countries in the region will be able to solve the difficulties by themselves. “We’ll work out a way to manage the situation and eventually solve the disputes all by ourselves. I have full confidence in this.”

Analyzing the underlying reason for the difficulties in the China-US relations, Cui said some politicians, think tanks and the US media are not ready to face a rapidly growing China due to a totally different “world outlook” from the Chinese people.

Many US people have a mentality that the US should always be the global leader of the world, they believe that the “winner takes all” and everything is a zero-sum game, the diplomat said. “But for us in China, it’s quite different. We believe in a win-win outcome. So sometimes you should not have winners versus losers. You should try to make everybody a winner.”

He urged US political leaders to focus on responding to domestic challenges such as the disparity between the rich and the poor and gun violence, which, he said, are the things to keep them awake at night, instead of being obsessed with an imaginary threat from China.

China and the US, despite different systems and cultures, can work together to solve the problems the world is facing, Cui said.

“We cannot develop all by ourselves. We cannot solve our problems all by ourselves. We have to work together. We need multilateral and global cooperation for shared prosperity, financial stability, economic growth, and addressing the issue of poverty, climate change and terrorism,” Cui said. 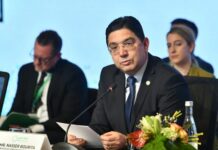 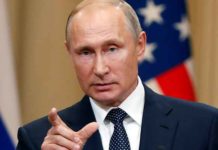 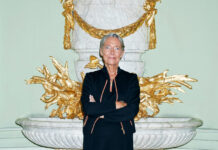