Editor’s note: China Daily is publishing a series of stories reviewing President Xi Jinping’s visits at home and abroad in the past decade, to showcase his vision for development in China and the world.

The visit was nearly seven years ago, but it is etched so clearly on Nathan Bowling’s mind that it is as though it happened yesterday.

On Sept 23, 2015, Bowling was teaching a sociology class at Lincoln High School in Tacoma, Washington state, but this was to be no routine lesson. Standing in the classroom before him and his students was a very special guest: Chinese President Xi Jinping.

Xi’s school visit was his last public stop during a visit to Washington state. He would meet members of the Lincoln High School football team and receive a custom No 1 Lincoln Abes’ game jersey with his name on it.

“At one point, we had a conversation about whether they could shake his hand or not,” Bowling said of his students. “And I was like, ‘Of course not. No way.’ And then, when he stuck his hand out to shake hands with the kids in the row, the first kid squealed, like it was the Beatles. That was really cool to me. That means they understood the gravity of the moment.”

Among the many things Bowling clearly recalls about the visit is what Xi said about China.

“And that passage really stuck with me. That’s kind of a demonstration of the depth of Chinese history.”

Bowling and his wife have visited China many times since 2014. They have worked with high school students and middle school students in Chengdu, Sichuan province. The other cities they have toured include Beijing, Macao, Hong Kong and Shanghai.

Bowling said his trips to China have enabled him to deepen his knowledge far beyond what people can get from a book. On each trip, he said, he has been “blown away” by the country, its people and their generosity. 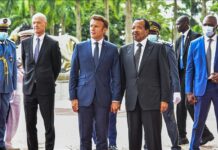 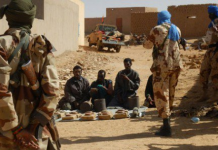