I’ve been a Seahawks fan as long for as I can remember.

I watched in horror as the Steelers won in our first trip to the Super Bowl and I stood in the cold, snowflakes lacing my eyelashes, as a grateful city said goodbye to coach Mike Holmgren.

I was cautiously optimistic as our fanbase began to grow with the additions of Marshawn Lynch and Russell Wilson and a Super Bowl victory.Cheap Jerseys china I was hopeful that new fans would stay and old fans would be vindicated in their undying devotion to a notorious franchise that failed more often than it succeeded.

Most Read StoriesMan falls to his death at CenturyLink Field

Some ‘co hosts’ disavow involvement in Trump fundraiser in SeattleImage of Asia: Taking shelter from the rain in Philippines

I’ve had enough of the 12s, fans who seem hellbent on patting themselves on the back for simply being fans. I’m sick of self righteous football lovers creating petitions to keep players and coaches out of our stadium, as if we are above reproach. I’m sick of a sense of holier than thou enthusiasm for a team that isn’t without its faults or issues.

I didn’t always feel this way, mind you. I actually loved the rise of the loud and unapologetic 12th Man and even embraced the hatred other NFL fans felt toward it. I loved seeing 12 flags and jerseys around the city. It made Seattle feel like it was a small town where it was always Friday night and we couldn wait for our hometown boys to play. The camaraderie the 12s fostered transported this small town girl from Alaska back home as she high fived strangers wearing our colors on the sidewalk.

I didn’t mind when fans of less talented teams were annoyed by us and wanted us to go away. It felt good to be hated. We were all Richard Sherman and the football season was our post game microphone. We could yell about how great we were and no one could argue.

I own a 12th Man jersey. It was given to me as a gift, and I wore it to Seahawks games and was proud to be part of something greater than myself.

But somewhere along the way, we stopped focusing on the football team or the game or even the players, and started focusing on ourselves.

The 12th Man has now become bigger than the team itself, and self professed 12s are too busy congratulating themselves for being fans, instead of just being fans. It is more important to don a No. 12 jersey than it is to pay attention to the players who wear the real ones. It’s as if we’ve made being fans a sport.

Now, we’re complaining about Cam Newton, a player who is exactly like our own Richard Sherman. We attempting to ban the cocky Carolina Panthers quarterback from our stadium because he did something Sherman would do.

We’re sore losers who cried and whined and got angry when we were bested by a Panthers team that was better that Sunday. We love to win, but hate to lose.

Fans don get participation trophies. We’re spectators. We’re on the sidelines. All we can do to have an impact on a football game is hope, pray and try to be as loud as possible. 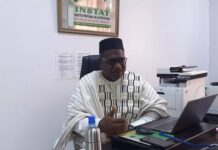 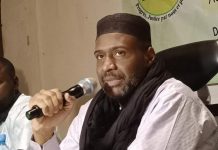 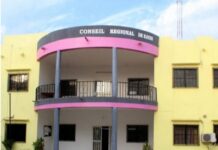